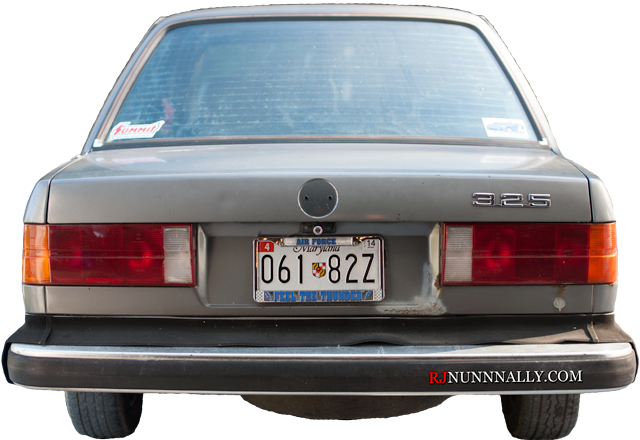 The ’85 has been a Maryland car all its life which means it has seen a lot of exposure to salted, snowy roads. The brake lines are exposed under the chassis and made of rolled steel steel dipped in aluminum for corrosion resistance. I had previously inspected the lines and found them to be in decent condition, but what I didn’t see was the seriously rusted line located above the rear differential.

After installing the new turbo engine, a new engine map had to be developed. The only way to properly tune the engine is by running it through every load and speed combination seen on the road; naturally this meant that the high load, high speed portions of the engine map were only encountered at high road speeds and high roads speeds go hand-in-hand with hard stops. It was during a 70+ mph third gear pull (first and second gear spin the tires) that the brake lines decided to let go.

I was under the impression that modern cars with dual circuit brakes were supposed to stop when one line develops a leak. Let me tell you – the car did NOT stop in any normal fashion with the hydraulic brakes! I confirmed that the e30, like all modern cars, does in fact have dual circuit brakes. On my ’85 that is not equipped with ABS, the front brakes are independent from the rear. In theory, my front brakes should have operated as normal while the rears lost pressure.

It is hard to remember exactly how it felt when the brake line burst, but I do remember trying to stop hard after the third gear pull in an attempt to make a U-turn at the entrance to a small road that was convenient at the time. I remember remember the car beginning to stop then the pedal dropping to the floor. There was a downhill section of road with a tight turn ahead and continuing at my current speed was not an option; I almost certainly would have slid off the road, crossing the center line and entering the opposing lane that was currently hidden by the top of the hill, and eventually hitting a guard rail. With this in mind, I immediately downshifted then carefully pulled the emergency brake. I also attempted to pump the brakes, but I don’t remember it helping. Thankfully the e-brake did work and I came to a safe stop just before the hill. 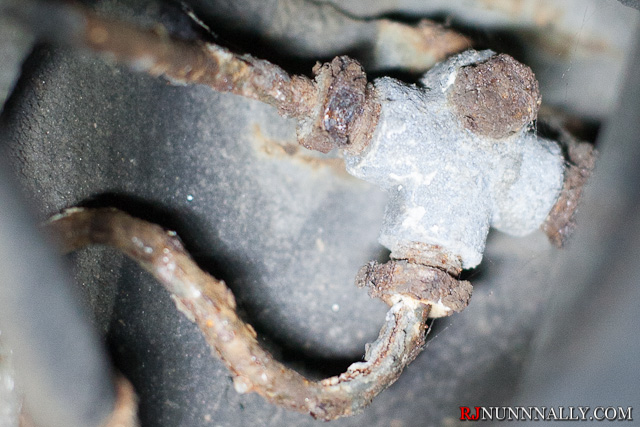 After I returned home, an inspection revealed the rear brake lines to be in terrible condition. The rust could have been a consequence of either internal or external corrosion. Failing to replace the brake fluid at regular intervals is one explanation for internal corrosion. It is hygroscopic, meaning brake fluid absorbs water. Over time, water contained in brake fluid well beyond its useful life can rust brake lines from the inside out. The previous owner of my car was never one for maintenance, making this a likely explanation. Regular brake fluid changes are a must for safe driving. Not only will it keep your brake line from rusting out, it will also keep the fluid from boiling during hard stops. 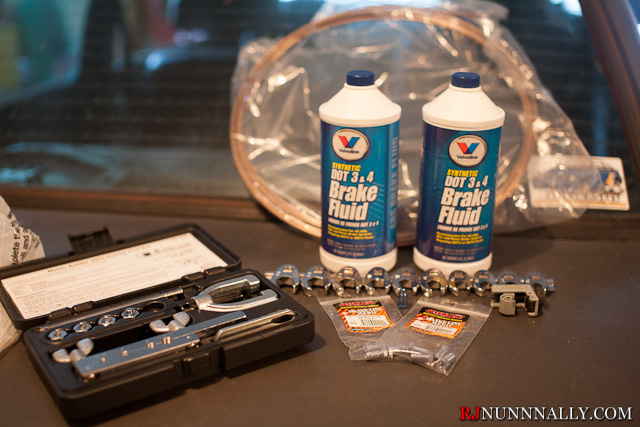 Refer to your owners manual for the brake fluid that should be used in your car. BMWs typically specify Synthetic DOT 4 brake fluid; I use Valvoline Synthetic DOT 3/4 in my cars. Now for some basic brake fluid rules: DOT 4 can always be used or added to cars calling for DOT 3; new DOT 3 is better than used DOT 4 and can generally be used as substitute in street cars; DOT 5 can never be used in a system with DOT 3 or 4. Replace your brake fluid at least every two years. 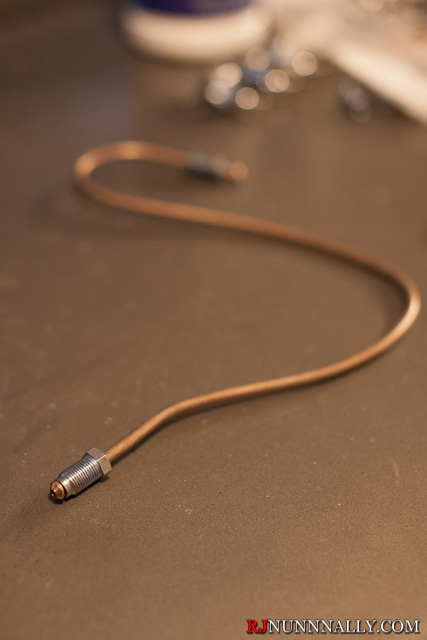 I repaired my car by replacing the rear brake lines with new copper nickel brake line, also known as cunifer. This brake line will not rust or corrode, and is easier to work with than traditional steel line. In fact, it can be hand bent without special tools making it cheaper for me to buy the cunifer brake like and skip the tubing bender. I’ll post a how-to article on replacing brake lines at later date.