As I just enrolled in Grad School at UMBC, I wanted a second battery for my Lenovo Z570 laptop. I purchased the Z570 (the Z580 is the newer version) this time last year and so far I’m happy with it. The build quality is great for the price, the speakers sound decent, and it’s reasonably fast. However, the battery is nothing to write home about – 4 hours being typical with the screen dimmed.

My solution came in the form of a third party battery from Amazon. This one to be exact.
I was worried on several fronts about this particular battery: First, I have read that Lenovo laptops, particularly newer models, refuse to charge any battery that is not a genuine Lenovo battery. Apparently there is a chip inside the battery the laptop reads to confirm it is genuine. Second, fitment is rumored to be an issue with third party batteries; some are too loose while others are too tight. Third, the price point on this particular battery was so low, I don’t see how it could be a quality battery – I can’t even buy the individual cells for the price I paid for the entire battery! Finally, this battery’s part number was not an exact match for the battery that came with my Z570 and even worse, the voltage did not even match. The factory battery is rated at 11.1 volts nominal while this battery is 10.8 volts nominal – not a big difference, but concerning in conjunction with the differing part numbers. I knew from my background in engineering that Li-Ion batteries are typically rated as either 3.6v or 3.7v nominal per cell (further research indicates there are multiple Li-Ion cell chemistries on the market with differing nominal voltages, but they are functionally interchangeable), making 3 cells connected in series rate at 10.8 OR 11.1 volts nominal depending on the number chosen by the manufacturer. On the surface, this battery passes the “common sense” test.

Well never fear, the battery seems to work fine. The system actually recognizes it as a Sanyo battery, a quality manufacturer of laptop batteries (whether the chip is clone or not is another question). Fitment, while not exactly spot on, is close enough. It’s a snug fit compared to the factory Lenovo battery but it’s not hard to insert or remove. My initial impression on battery life is that it is every bit as good as the factory battery was when it was new, but only time will tell the true story as it ages. Overall, I’m extremely happy and might purchase an additional battery or two! Time for the Cybersecurity studies to commence.

I finally put the battery through its paces starting yesterday in my management course. There is slightly north of 3 hours runtime on the battery so far, with some of that being heavy use, and Windows is reporting 24% battery life remaining after it sat in standby overnight. I’d call that a success. I think the battery life is every bit as good as the factory battery. I’ll post another update in the future as the battery wears in. 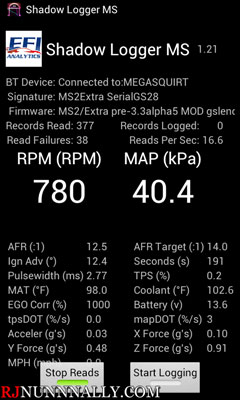 As the weather warms up, I’ve been starting to drive the ’85 Turbo E30 more. In the “old” days, it was necessary to drag a laptop around to log the MegaSquirt ECU, but thanks to Phil Tobin’s Shadow Logger MS app for Android, it is now possible to connect to the MegaSquirt with your phone! Not only does it log every variable available on the MS, it also adds GPS integration. There is a catch though – your MS must have a bluetooth dongle added to it. I purchased mine on ebay for less than $20 and programmed it to work with the MS. Phil also sells a ready to roll dongle on his site. 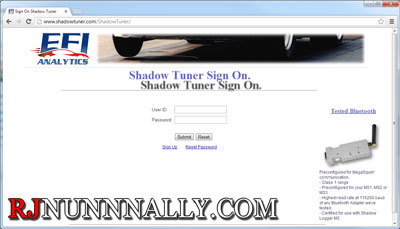 After you’re done logging, Shadow Logger can upload the log to EFI Analytics’ website so that you can review the log on your desktop computer. Did I mention this is all FREE? Shadow Logger uses a new, compressed log format so it cannot directly be read by MegaLogViewer, but the website does all the necessary processing for you. Upload your current TunerStudio tune and Shadow Tuner will convert the log to a MegaLogViewer MSL file automatically. 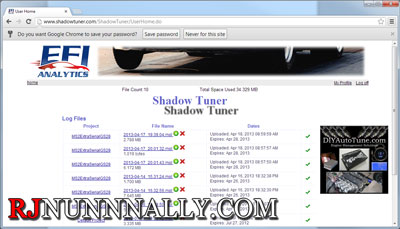 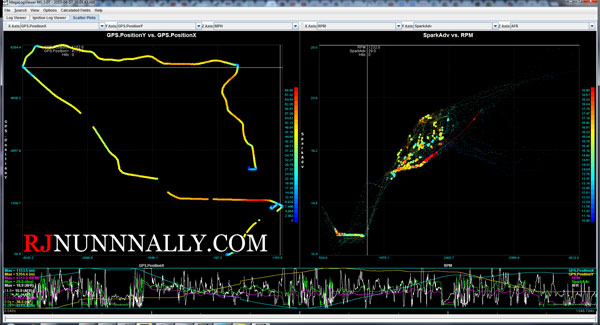 This is a demo of the scatter plot functionality. Here I have the left side set to GPS X & Y coordinates with it color coded by vehicle speed. On the right, I plotted Spark Advance vs Engine Speed, color coded by Air/Fuel Ratio. Scatter plots are an easy way to visualize data and find trends that might otherwise be hard to see.

I ordered this replacement battery from Amazon advertised to fit the MyTouch 4G, which is basically the same phone as the Thunderbolt. It was advertised as an OEM battery, but it was so cheap I suspected it to be a clone; boy was I surprised when it arrived the next day (Amazon Prime is the bomb!). The battery was, in fact, a genuine HTC battery. It popped right into my Thunderbolt with one minor difference – the logo faces in, towards the screen of the phone, vs out, towards the battery cover. It is functionally perfect and the battery life is outstanding – I forgot my battery life was actually good at one time! The random resets have also vanished. All in all, this was a great buy and I might buy another for a backup; you should too!

I’ve been running Liquid ICS v1.5 MR2.7 beta since my return from Japan in early September, mostly because it was the first semi-polished Ice Cream Sandwich rom for the Thunderbolt. I like the rom a lot but the constant data drops and lack of a working camera held it back. MR3 dropped shortly after I flashed back then, but I’ve been too lazy to update. Well, I updated today and also installed the OTA radios from the official HTC ICS rom. So far the camera works (yay!!!) and it seems like the data connection is more stable. Unfortunately, trying to switch to the front camera permanently breaks the built-in camera app. I have also learned that my factory battery is dying. Lately I’ve been getting random resets (no surprise there) but the phone has been powering back on with a nearly dead battery. I thought it was a fluke, but no, the battery really is going south so I ordered another from Amazon.