I ordered a brand spanking new Canon EOS 5D Mark III from B&H Photo in NYC to supplement my original 5D that has been a total workhorse. Enjoy the video where you can see exactly how it was packed by B&H and a quick comparison to the 5D Classic. I’ll record a video on the Kershaw 1555TI Cryo SpeedSafe Folding Knife shortly – it’s one of my favorite new toys and doesn’t break the bank either! I’m still learning, but slowly perfecting Kodachrome scans. My preferred software package for working with Kodachrome is the good ‘ol Nikon Scan. If you are running Windows 7 x64, don’t fret, I have a solution for you here. 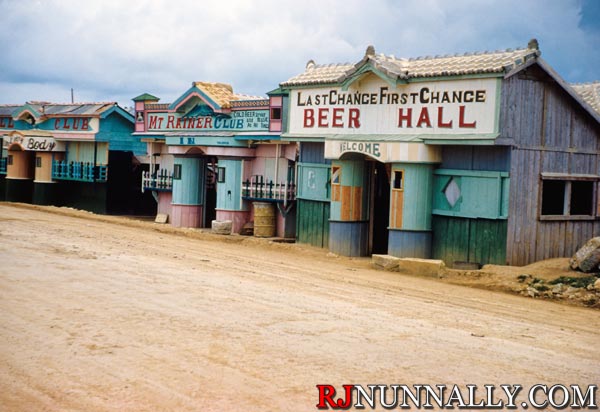 1. Use the Kodachrome profile in Nikon Scan 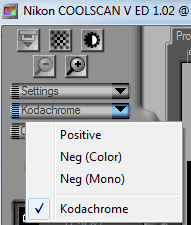 Nikon has already done the hard work for you and profiled Kodachrome which has a unique color signature. Use this to your advantage and select the “Kodachrome” profile in Nikon Scan to see nicely color corrected scans!

2. Use the “Fine” Digital ICE setting

Kodachrome is exceptionally challenging film to scan and only the Nikon Super Coolscan 9000 ED is capable of perfect dust & scratch removal. The Coolscan V & Super Coolscan 5000 have a special Kodachrome version of Digital ICE that does a pretty good job of removing dust and scratches without futzing up the detail. Use it! For more damaged slides, change to the default “Positive” profile and select “Normal” Digital ICE. This will lose detail, but also better correct your scans. I find “Normal” Digital ICE correction to be too light handed to be useful in the Kodachrome profile. While using the “positive” profile, your Kodachrome slides will exhibit a dreadful color cast. You can get close to correcting this by enabling “Digital ROC” at level 5 and dialing in -48 red, -44 green, and +4 blue in the Color Balance section. 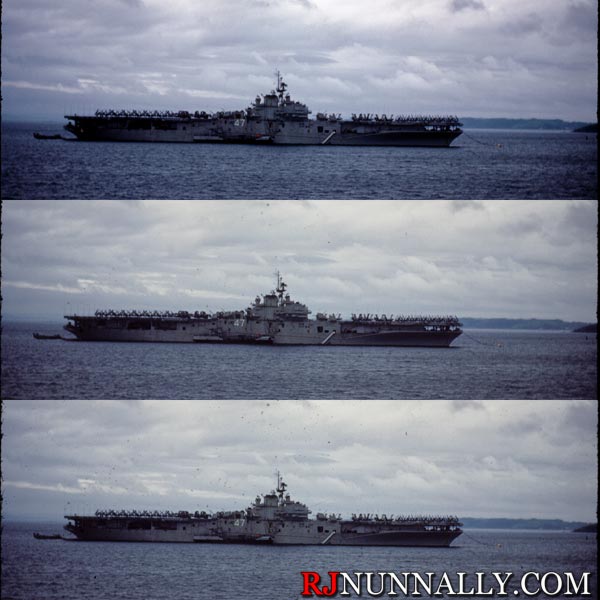 3. Scan with the emulsion (dull) side facing down

For the best quality scans, scan with the emulsion side of your slides facing down, towards the sensor. You can tell which side is the emulsion side by looking for the dull side of the film – the other side will be glossy.

4. Clean your slides prior to scanning

Digital ICE is not a golden parachute. Your scans will look better with less correction, so clean them (or at least dust them) prior to scanning. Your scanner will thank you too!

5. Use the Analog Gain settings to your advantage 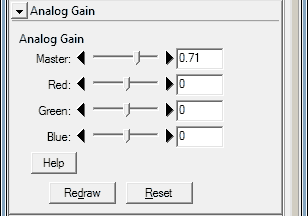 Some slides may be appear to be overexposed or underexposed so badly that they are not salvageable. Fear not! Analog gain changes the backlight intensity / scan speed allowing new life to be breathed into these slides. It works like exposure on a camera – add gain for underexposed, dark slides and subtract gain for overexposed, overly bright slides. You will be surprised what can be recovered! For more advanced users, tune analog gain to be as positive as possible without blowing the highlights to reduce the noise in your scans.

6. Scan and save using the highest quality available.

Scan using the highest bit-depth available, 14-bit for the Coolscan V and 16-bit for the LS-5000, and save the output as a TIFF. At 4000 DPI, this will create 100+ megabyte files. This allows edits to made using the highest quality source and will render a better final output. Once you are done any edits, the original TIFFs can be deleted – or better, archived for future use.

In conjunction with the telecine project (updates soon!), I purchased a Nikon Coolscan V, also known as the Nikon LS-50, to scan in my Grandfather’s 35mm Kodachrome slides from the early 1950s. The Coolscan V is appealing for its 4000 dpi optical resolution and a fourth version Digital ICE automatic dust removal. However, Digital ICE does not work with all films. 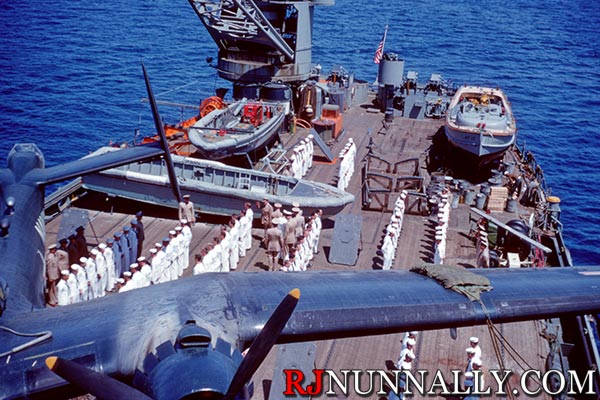 Kodachrome slide from 1952 with Digital ICE

ASF’s, now Kodak’s, Digital ICE performs automatic dust and scratch removal – the ICE being short for “Image Correction and Enhancement.” It works by scanning a fourth, infrared, color layer in addition to the conventional red, green, and blue layers that is used to create a dust mask which is later subtracted from the scan. The infrared light is expected to pass through the film emulsion but not through dust. So why doesn’t it work with all films? It turns out that black and white film uses silver nitrate for the emulsion layer, and silver nitrate also blocks infrared light, rendering Digital ICE useless. So now you’re probably asking, “So what does all this have to do with Kodachrome? It’s color!”

So how does the Coolscan V’s implementation of Digital ICE work with Kodachrome? The answer is “it sort of does.” The Coolscan V does a good job with removing dust and an alright job removing defects from a slide. That’s where the good ends – Digital ICE detects strong contrast areas as defects and tries to remove them, leading to blurry images with noticeable defects at 100% crop. Where real defects, like scratches, exist, a mark is often left on the image although it is significantly less noticeable than an uncorrected scan. Furthermore, I have noticed instances where defects are seemingly introduced to the scan. 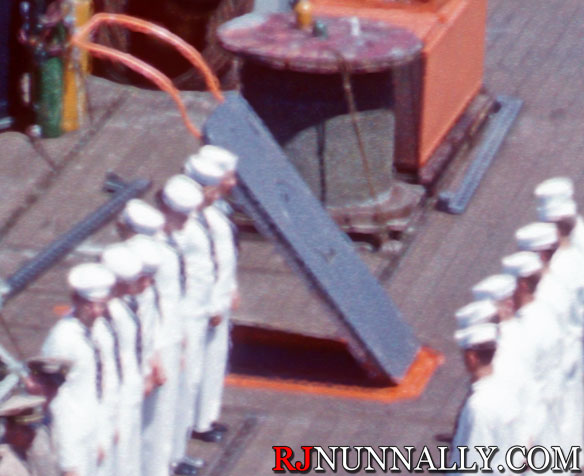 Pay particular attention to the orange handle and the sailors’ faces. ICE detects these fine details as defects and completely mangles the image. I think the Coolscan V still manages to extract more detail with ICE enabled than my Epson V330 flatbed does without ICE. 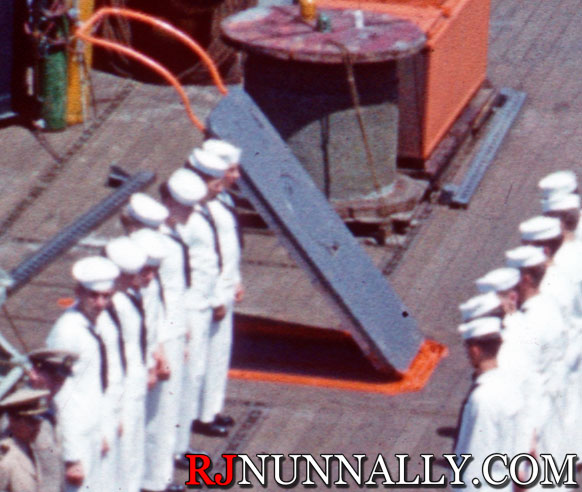 Digital ICE reduces images sharpness when fully enabled, even when used properly with color negatives. This side effect is worsened with Kodachrome – even at web sizes, the loss of sharpness is clearly apparent. 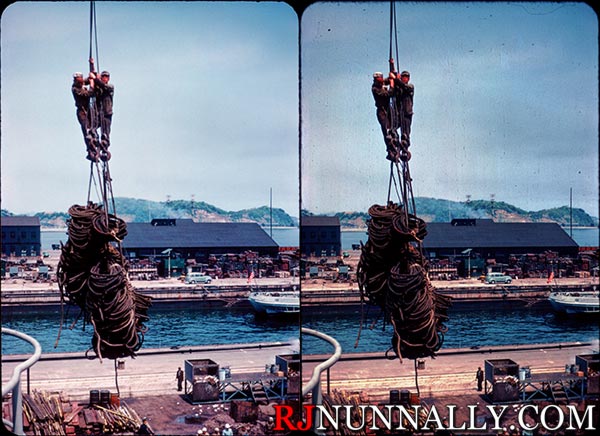 ICE (Fine) on the left, without ICE on the right. Scanned using the “Positive” setting, not Kodachrome.

Even with the Coolscan V’s more advanced fourth version of Digital ICE, it is clear that Kodachrome does not play well. Home users will likely be happy with the results, but a professional will not. There is exactly one scanner on the market that can properly remove dust and scratches from Kodachrome, and that is the Nikon Super Coolscan 9000. I will continue to leave Digital ICE enabled since the corrected, dust free slides look much better than sharp and dusty slides to my eyes.

Disclaimer – these instructions have been adapted from http://www.exposedvisions.com/Win7%20Scans.htm. You will need to download my .inf for the Coolscan V (itself modified from Steel Chn’s version), but otherwise credit goes to Andrew Minton at exposedvisions.com.

(Note – if you have Vuescan installed, uninstall it now. You can reinstall Vuescan later.) 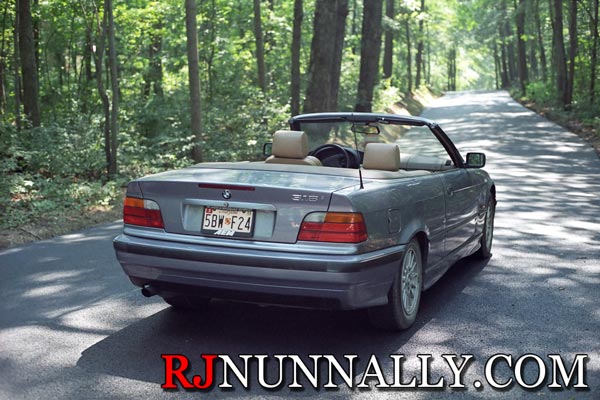