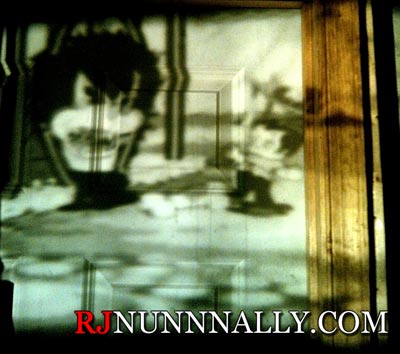 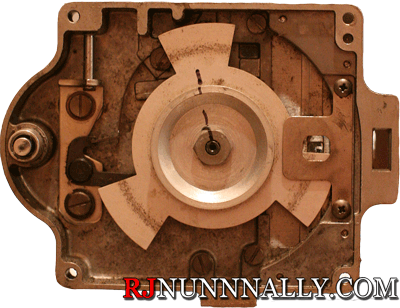 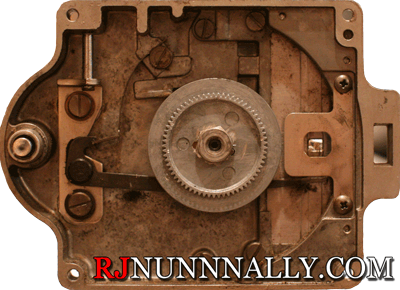 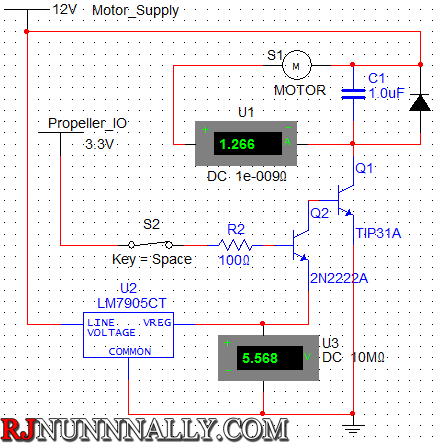 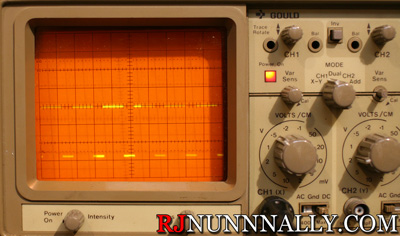 I got to work on the Telecine project last night. No permanent modifications have been made yet as I’d like to experience the projector in its original 8mm glory first. Even then, I’d like to avoid modifying the projector as much as possible so it can be returned to its original condition. At first, I thought this would be an unattainable goal, but after disassembling the projector and studying its construction, I feel this is actually realistic.

The projector appears to have four main parts (using my own terms): the base, the lamp housing & motor assembly, the gate assembly, and the film advance. The base does exactly what the name implies – it supports for the projector and houses some simple controls (light switch & motor switch). I will probably leave this as-is.

The next part, the lamp housing and motor assembly, is important. The entire assembly is self contained and separated from the gate, sprockets, and reel drive system.  The motor drives a rubber (?) disc that is loosely coupled to a drive wheel on the gate. For every one revolution of the gate, the film advances exactly one frame. The entire lamp housing and original motor can be removed from the projector while leaving all the equipment needed to advance and display the film intact, making this projector an excellent platform for a telecine.

With the lamp housing and original motor removed, a new motor must be fitted to advance the film. As this is intended to be a telecine, we want to advance each frame slowly and accurately. You should be thinking to yourself that a stepper motor would fit the bill, and indeed it does. However, I failed to find an appropriate stepper motor in my junk pile so I will use a drive motor from an old cassette player instead. This drive motor will hopefully provide ample torque is operated from a 12 volt DC source and it worked fine during a dry run (held by hand with no film loaded in the projector). A few challenges remained – the motor itself, like most small DC motors, does not provide sufficient torque at a 1:1 coupling and it runs at far too great of a speed; in fact, the motor indicates it is rated to run at 2400 RPM with no load. To reduce the speed and increase torque, the motor was originally coupled via a rubber drive belt and pulleys. However, the projector presents a larger load than the cassette deck and the original drive belt was very long. Rather than searching for a new drive belt and fitting it to the projector, I have elected to build a gear box.

As this project relies largely on parts I have available in my junk pile, no real calculations were done. The cassette deck kindly donated two metal gears in addition to the drive motor, and they fit nicely on both the projector’s gate & and the drive motor. They should provide slightly greater torque than the hand held test and I am confident the drive system will work. A metal plate will be fabricated that matches the original lamp housing & motor to which the new DC motor will be mounted. As the motor is simply a “dumb” DC motor, external sensors will be used to detect when a frame is advanced. My current idea is to detect a specific spot on the gate wheel using either a microswitch or optical trigger. This will allow a microcontroller (likely either my existing Parallax Propeller or an Arduino) to know when to stop and start the motor. Additionally, to protect against over-advancing and to ensure the gate is not blocking view of the film, a sensor will detect the gate position.

A further benefit of the lamp housing being removed is that the film can be “reverse projected” with the light source on the on the outside and the camera mounted where the light bulb used to be. This greatly opens up camera choices as size becomes a non-issue (within reason). My camera choice is still up in the air with the SL202 still being an option, but webcams, such as this Microsoft LifeCam HD-3000, becoming more attractive. 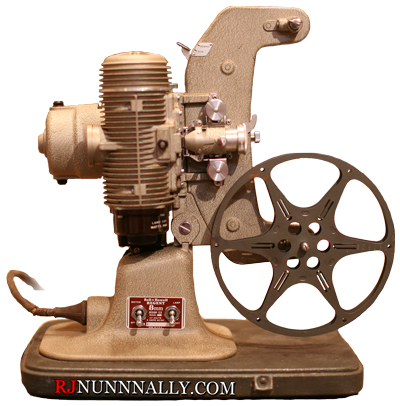 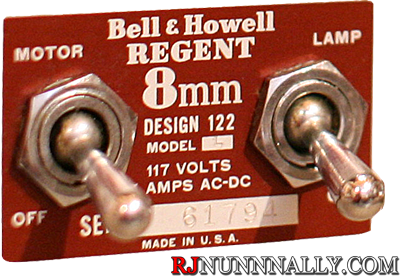